It has been a challenging spring and summer here at the roundhouse. As our website photos have shown, the main facility buildings have been completed, but smaller details are being finished up by the numerous contractor crafts involved.

By this past July all of our steam locomotives and a few selected pieces of rolling stock had been placed into the stalls in order to protect them from the coming winter elements. Our ex-Canadian Pacific 4-6-2 #1293 was fired up several times to assist in the switching of equipment around the yard and to test of a few of the roundhouse’s smoke jacks. All contractors and employees who were involved that day gathered to witness the first wisps of smoke as they were drawn up through the jacks. To the enjoyment of everyone, the jacks worked properly in properly drafting the smoke out of the roundhouse.

The roundhouse was then officially christened as #1293 backed out of stall #1 onto the turntable, speckling the wooden beams, ceiling and doors with soot and cinders, and anointing the concrete floor with steam mixed with a little valve oil. 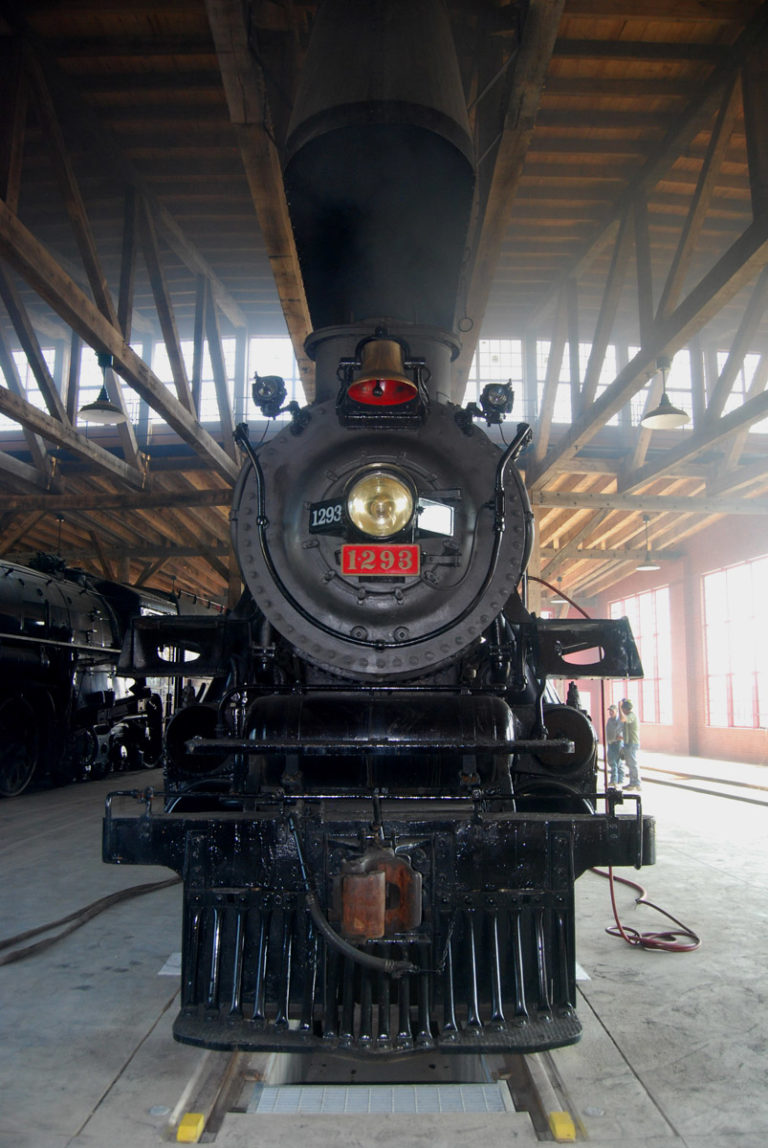 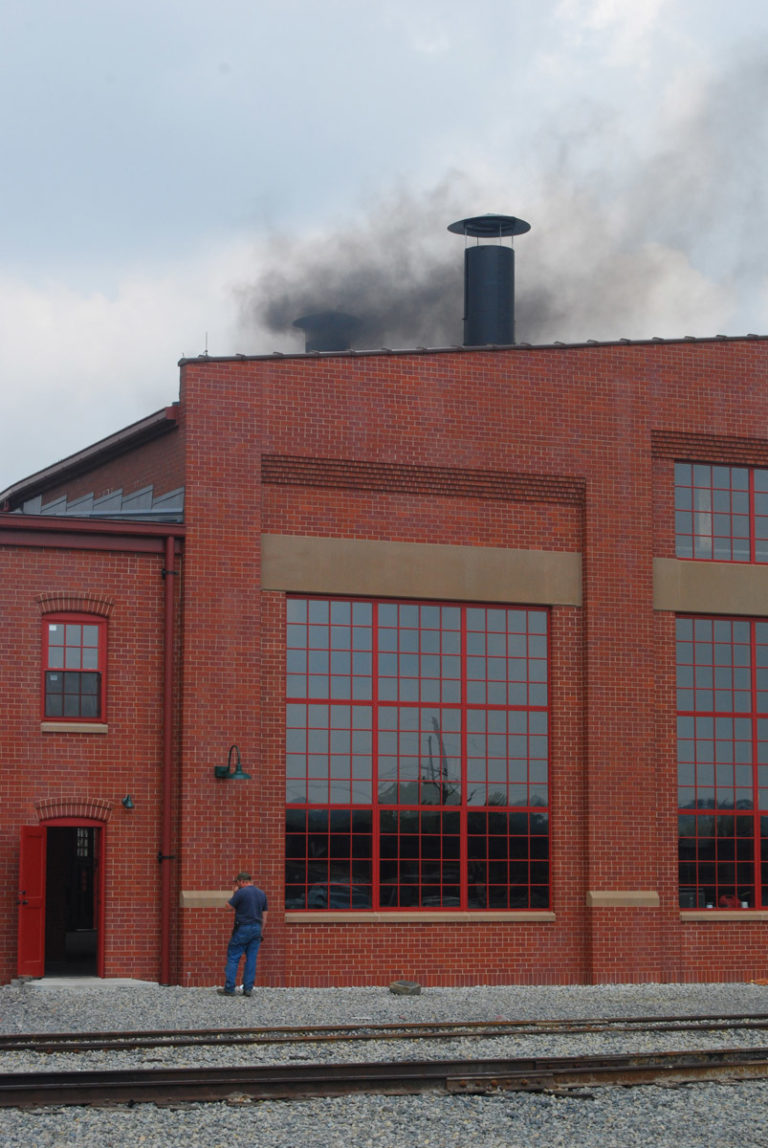 Work continues on the details of the wood water tank and drop spout arrangement. The tank has been full of water since April, thus allowing the wood to soak, expand and tighten-up to a point now where all leaks have been eliminated, save for one area that has some small drips. This is being addressed and should be sealed-up within a week. The Hall-Woolford Co. of Philadelphia has done a wonderful job in the construction of this 50,000-gallon tank. In addition to filling locomotive tenders, the tank’s duties will also be to provide the roundhouse and back shop with water for boiler washing, and to supply the overhead fire sprinkler system. In addition to the water tank’s drop spout, several former C&O Railway water columns will be supplied with water from the tank, and will be installed along the turntable’s lead tracks. These water columns are currently being reconditioned by AoS shop personnel.

The machine shop now is up and running, and all major machine tools have been placed, energized and are in use. A variety of on-site machining jobs have been accomplished in support of the construction contractors, thus allowing their tasks to be completed faster.

The back shop’s administrative offices, employee locker room, restrooms, kitchen and lunch rooms have been completed, and old-looking furniture and furnishings are being acquired and installed. Our employees are starting to move into the complex as the delivery of these support items permit. The construction of the storehouse and freight dock is moving at a good rate. The wood pilings and concrete foundations have been installed, and the brick masons are mobilizing to be on site at the time of this report. Our goal is to have this new structure open by late year. The location of the unattached storehouse is at the southwest corner of the back shop.

Finally, on the drawing table is the discussion and planning of the 75-ton, concrete coaling tower. Many details are being worked out regarding present day building codes and construction methods for this important support facility. Currently, our goal is to start construction during the spring of 2012. We at Age of Steam Roundhouse wish to thank every one of you who have sent your positive comments about our efforts to construct this unique railroad facility for the present and future protection and operation of this collection of historic steam locomotives. Please continue enjoying our progress through this websiteas we continue moving forward toward completion of this modern day monument of the United States of America’s Railroad Heritage.