The Age of Steam Roundhouse Museum recently gathered its volunteer corps to thank them for a job well done. This year marked the beginning of public tours and programs at the Roundhouse. Volunteers contribute to everything from guiding tours to turning nuts in the restoration shop.

Museum staff thanked every volunteer for their support throughout the year, but for the first time the Museum also presented two awards in recognition of special contributions to the institution throughout the 2019 tour season. The Volunteer of the Year Award is for the volunteer who best exemplifies the spirit of the institution’s founders, Jerry and Laura Jacobson, and their love for steam locomotives, commitment to historic preservation, and joy of sharing those passions with the public. Chief Mechanical Officer Tim Sposato announced the winner of the Master Mechanic’s Award, given to a volunteer in recognition of their special contributions to the Age of Steam Roundhouse Museum’s restoration efforts.

This year’s award winners where two longtime friends of the Jacobson family. The Volunteer of the Year Award went to Brittany Rodgers of West Lafayette who remembers Jerry inviting her into the cab of steam locomotives as a child and became a mainstay volunteer once the Roundhouse opened to the public in May of this year. The Master Mechanic’s Award went to Mike Costill of Canal Fulton who grew up as a childhood friend of Jerry’s and has been involved in his railroad and steam operations over the years. Mike volunteers regularly in the back-shop aiding with restoration jobs and often helps to guide tours and work with the public during special events.

The Age of Steam Roundhouse Museum is currently accepting new volunteers for the 2020 tour season. Perspective volunteers can find applications and information online at http://www.ageofsteamroundhouse.org/about-us/volunteer/. The roundhouse is open for public tours May through October on Thursdays, Fridays, and Saturdays at 10AM, 12PM, and 2PM. Tickets can be purchased online at http://www.ageofsteamroundhouse.org/events/ 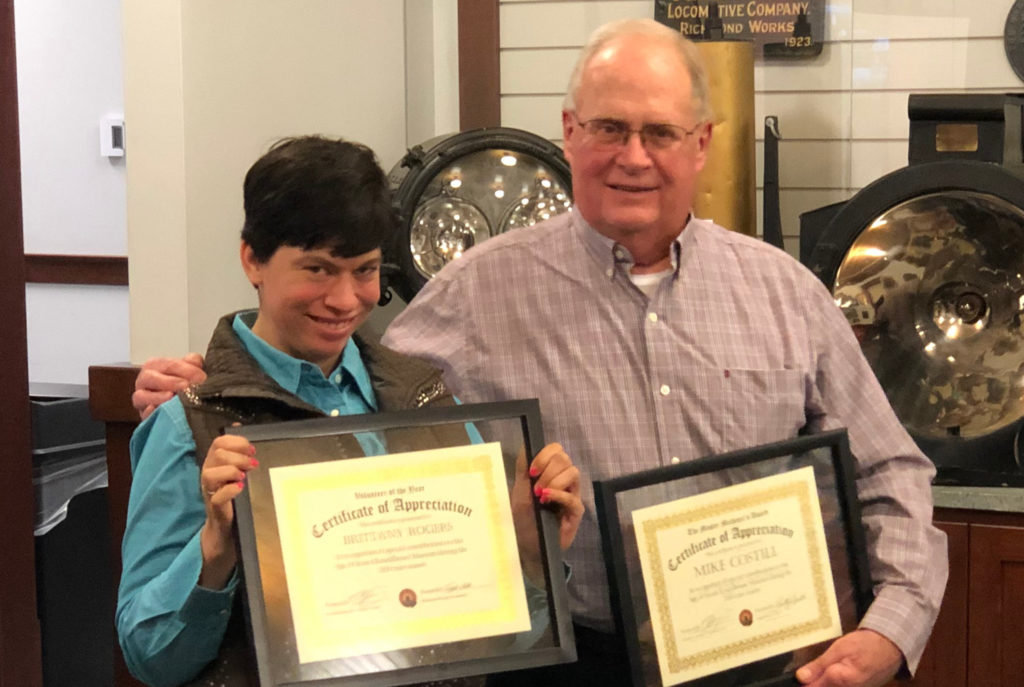