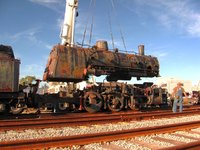 After nearly a decade of discussions with the City of Canton, Ohio, the Age of Steam Roundhouse is happy to announce that it has purchased and received its latest locomotive, former Wheeling & Lake Erie 0-6-0 No.3960. Displayed in Canton for 33 years but moved away during 1991, the 0-6-0’s stripped carcass and tender had been sitting outdoors in Minerva since 2006 while ownership issues and plans for the engine’s future were debated. To remain within the letter of the law and be fair to everyone, the City of Canton had to offer No.3960 for sale to the highest bidder that offered also the best future for the forlorn 0-6-0. The Age of Steam Roundhouse won the bid, and No.3960’s boiler was separated from its frame, and along with its tender, were loaded onto four flatbed truck trailers and moved to the AoSRH facilities in Sugarcreek on October 9, 2018, for unloading the next day.

The history of No.3960 was uneventful, but an interesting one. To save about $7,000 per locomotive from the cost of commercially constructed locos, from 1928 to 1930 in its well-equipped back shop in Brewster, Ohio, W&LE built twenty 0-8-0 switchers of proven USRA design. They were so successful that between 1929 and 1940 Brewster built 30 copies of the USRA’s 0-6-0 switcher. All fifty locomotives rolled on 51-inch driving wheels, had Nicholson thermic syphons in their fireboxes and Chambers front-end throttles in the smokeboxes. As was W&LE practice, road number series reflected 10-per cent of an engine’s tractive effort, the 3951-3980-series for the B-5 class 0-6-0s, and the 5106-5125-series for the larger C-1a class 0-8-0s. It was very unusual for a small, 481-mile long railroad to construct any steam locomotives, but W&LE Brewster Shop built 50 of them!

All fifty Brewster-built switchers became property of the Nickel Plate Road with the December 1, 1949, leasing of W&LE by NKP. The homemade 0-6-0s were renumbered 351 to 380, with former W&LE No.3960 becoming NKP No.360. During its last year of active duty 0-6-0 No.360 was used down in Zanesville and made its last run under steam on October 31, 1957, when it chugged past a corn field that—53 years later—would become the site of the Age of Steam Roundhouse, No.360’s future home. In 1957 NKP heavy USRA 2-8-2 No.678 (ex-W&LE No.6008) was chosen for display in Canton’s Mother Goose Land Park, but was later deemed too heavy (i.e. too expensive) to make the short, four-block trip by truck from the nearest rail siding. So, the smaller No.360 was pulled from the dead line, cosmetically restored in Brewster Shop and placed into the park on June 19, 1958.

By 1971 weather had taken its toll on the 0-6-0, so a local W&LE fan cut off the boiler jacket with a hammer and chisel, and removed the water-logged asbestos insulation surrounding the rusting boiler and cylinders. Repainted in a thick coat of black enamel, NKP 360 was relettered on June 12, 1973, to its original identity as W&LE 3960. Continued neglect by the city led to No.3960 being acquired by Silver Throttle Engine And Museum (STEAM) that had high hopes of rebuilding the 0-6-0 to steam again, and on July 19, 1991, the 0-6-0 was removed from the closed Mother Goose Land. No.3960 went to south Canton, then to Louisville before it ended up inside a Quonset hut 16 miles from Canton in Minerva where hopes were high, but funds were low. Seeing no possibility for it to be even cosmetically restored, in 2004 STEAM traded the disassembled No.3960 (in return for a diesel and three coaches) to Jerry Jacobson, lifelong lover of steam locomotives and owner of the Ohio Central Railroad System.

In 2006 STEAM was dispersed, and No.3960 was evicted to an adjoining Ohi-Rail track. Never owning No.3960, STEAM had no legal right to trade it to Jerry Jacobson, and the City of Canton rightfully reclaimed possession of its wayward 0-6-0. Thus began the decade-long discussions about No.3960’s future, including Canton’s dream for the loco’s next owner to rebuild it and operate excursion passenger trains in the city once or twice a year.

The forlorn No.3960 will undergo a massive cosmetic restoration by Age of Steam Roundhouse to replace dozens of rusted, lost, and stolen parts, but this seemingly endless, sad saga will now have a happy ending in Sugarcreek. 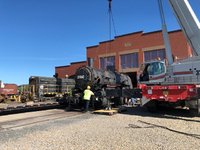 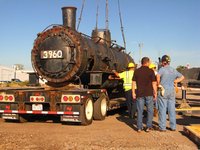 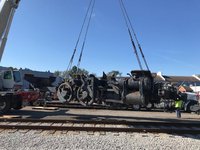 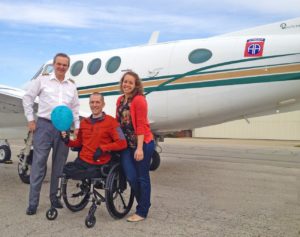